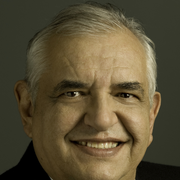 Alvaro Umaña Quesada, Ph.D., is Senior Research Fellow at the Tropical Agronomic Center for Research and Higher Education (CATIE) in Turrialba, Costa Rica, and he is recognized as a leader in policy formulation and in environmental economics.

Umaña was Costa Rica’s first Minister of Energy and Environment, under Arias’ first administration, from 1986 to 1990. In this role, he expanded and regionalized the system of protected areas, created new financial mechanisms, developed a unique system of incentives known today as “payment for ecosystem services,” and promoted the creation of the National Biodiversity Institute. He also designed and developed a master’s program in Sustainable Development and led it for a decade at INCAE, Central America’s School of Business and Management. In ten years, over 120 students from 20 countries have graduated and the program continues to thrive.

Umaña is the author of numerous publications and books, including: The World Bank Inspection Panel: The First Four Years and Financing for Sustainable Development. International awards that he has received include the President’s Public Service Award from the Nature Conservancy in 1988, a Special Achievement Award from the National Wildlife Federation in 1989, and an honorary doctorate in Law from Williams College for his work on payment for ecosystem services.

Umaña has been a board member of the United Nations Educational, Scientific, and Cultural Organzation (UNESCO), the Rockefeller Foundation, the World Resources Institute, and the Stockholm Environment Institute. He also has been a member of the Goldman Environmental Prize Jury since 1990.