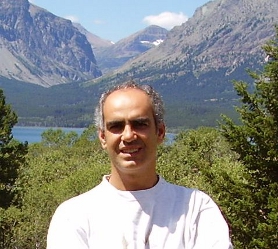 Paulo Célio Alves, PhD., he is an Associate Professor and researcher at the Research Centre in Biodiversity and Genetic Resources (CIBIO), Portugal, he is working with hare’s evolutionary biology, and additionally began to develop an interest in the new field of Conservation Genetics, namely by starting to study carnivores.

M-03. GENETICS AND THE CONSERVATION OF NATURAL POPULATIONS: ALLOZYMES TO GENOMES

We will discuss how the study of genetic variation has influenced efforts to conserve natural populations over the last 50 years. Studies with allozymes in the 1970s provided the first estimates of the amount of genetic variation within and between natural populations at multiple loci. These early studies played an important role in developing plans to conserve species. The description of genetic variation in mitochondrial DNA in the early 1980s laid the foundation for the field of phylogeography, which provided a deeper look in time of the relationships and connectivity among populations. The development of microsatellites in the 1990s provided much more powerful means to describe genetic variation at nuclear loci, including the ability to detect past bottlenecks and estimate current effective population size with a single temporal sample. In the 2000s, single nucleotide polymorphisms presented a cornucopia of loci that has greatly improved power to estimate genetic and population demographic parameters important for conservation. Today, population genomics presents the ability to detect regions of the genome that are affected by natural selection (e.g., local adaptation or inbreeding depression). The ability to genotype historical samples has provided power to understand how climate change and other anthropogenic phenomena have affected populations. In addition, the use of non-invasive sampling has improved our understanding of rare species, and provides information needed to develop effective conservation programs. Modern molecular techniques provide unprecedented power to understand genetic variation in natural populations. Nevertheless, application of genetic information requires sound understanding of population genetics theory. Current training in conservation and genetics focuses too much on the latest techniques and too little on understanding the conceptual basis that is needed to apply this information effectively to conservation.